good bye ed. i will miss you immensely. 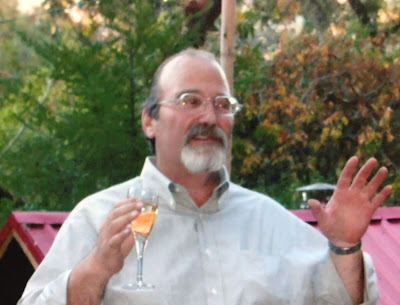 there are some people who change the course of your life. ed was one of those people. i first met him when i worked for ruth braunstein at her gallery in downtown san francisco. he owned graystone contemporary - a small space right down the hall. i walked by his gallery every time i went to the bathroom.

i'm pretty sure that at first he thought i was some frivolous kid. an artsty fartsy type working for a gallery thinking i was cool for doing so. he would barely look up from his desk as i walked by. we'd say good morning, or nod, or a quick hello if we were in the elevator together. he'd come into the gallery and talk to ruth about business. he was loud, and confident [at that time i was neither of those and i just listened]. one day he looked up and had a quizzical look on his face as i passed by. and it was so funny to me that i stuck my tongue out at him. he guffawed loudly and stuck his tongue out right back.

after that when i'd walk by he'd ask me questions. if i was going out to grab lunch i'd ask if he needed anything. and slowly over the course of the 2+ years i worked for ruth we got to know one another. he sometimes had things in his gallery that i loved. we'd talk about them. then he got a girlfriend and we'd talk about her. then i met her [candy] and she was actually even cooler than how he talked about her. when it came time for me to leave ruth's - he offered me a job to work for him.

working for ed was a being thrown in deep end of a freezing pool and learning to swim. very soon after starting he and candy left to go on a trip. i barely knew what he had in inventory. he expected me to handle anything. he didn't doubt for a second that i could handle anything. and so i did. scared out of my mind i fielded phone calls from big whig new york clients who were wondering where ed was and what the state of his finding them IMPORTANT PIECE OF ART X was. i sold a five figure robert motherwell print to a european guy who was breezing through town. i held down the fort. i took copious notes. i made lists of things for ed to do when he returned that i couldn't handle. i put out any fires as best i could. when he did return i made sure he handled all those lists. he gave me a generous commission for the motherwell sale. i was 25.

ed let me curate shows in his gallery. any way i wanted. he might introduce me to someone, but i had to do the asking, the loan paperwork, the coordinating, the hunting. one of the most memorable was a show called "head to toe" about clothing in a contemporary art context that included my heroes lesley dill  and paula santiago. oh ! and an amazing 1950's painting by wayne thiebad of a guy in a leopard skin speedo. we also jointly worked on a show pairing ellsworth kelly and suzanne caporael - i loved the seeing their two takes on colorful abstraction in close proximity. through those shows i got to develop curatorial approaches that were mine. his implicit trust and excitement in my enthusiasm was exhilarating.

while i was there i also got to sit with the most beautiful cloud study maquette gerhard richter painted. for the 3 days we had it before it went to its new owner i got to the gallery, opened up and held it in my hands. i put it on the wall and stared at it. i ran my finger over richter's signature on the back. same with a joan mitchell wonder of a 18"x18" or so painting. the smallest but most perfect mitchell i've ever seen. at the time i knew it was amazing that i was holding work by people who were in museums [where you could never ever touch it]. the idea that these were going to belong to real people in real homes was simply astounding. but more importantly i got to see and hold them first. i don't think i'll ever have that kind of opportunity ever again. he once had me bid on a theibaud print via phone at a sotheby's auction. he was out of town. he gave me a limit. i bid. i won. it felt crazy and exciting and also is something i have never done again since.

ed and i argued over points of feminism. we argued over movies [he argued with lot of people over movies]. over the merits of photography [he thought it was useless and took no skill whatsoever. i disagreed]. he didn't respect people that couldn't stand their ground in an argument. we rarely changed each other's minds, but half the fun was in the arguing, and if you argued well you earned his respect. there would be a twinkle in his eye. he helped to teach me the power and importance of having a devil's advocate. i employ that approach in my teaching all the time.

ed became like an uncle to me. when you spend 8 hours a day together in confined space you get to know one another well. sometimes we'd sluff off working and we'd play backgammon [he taught me how to play]. sometimes i had to get him, my boss, to stay on track - he wanted to mess around and i told him he had to close the deal. he was so transparent - opened the books of his business to me - heck some months i had to balance all his accounts. i learned about how to run a small business, how to negotiate, all because he trusted me.

ed could walk into any space and be seen and heard. he got things done. he was opinionated. he was convincing. sometimes he was overbearing... but the flip side to that was he was one of the most generous people i've ever known. when he and candy went to vietnam they met a young man who was working for his family instead of going to school. they paid his salary for a year to his family so he could go to school instead. they bought him his first pair of sandals. how many dogs did he rescue and care for? when i was finally going to stop working for him to go to grad school he gave me a bonus that not only covered the costs of a laptop, but also other supplies i needed to start to make work. he bought me lunch more often than he needed to. he insisted on taking my artwork to an art fair and he sold it [and introduced me to my first gallerist].

he and candy let me and my husband get married on a property they owned with a 400 square foot cabin. they put in a beautiful new bathroom in that cabin pretty much just because we were getting married there. forever forever the memories of one of the most important days of my life will be tied to him. the photo above is of him giving a toast at our wedding.

he also coined the term "jewpanese" - and we talked a lot about how it's an interesting combination of cultures/points of view. i've shared that term with other "jewpanese" folks and so i think that term will live on.

ed also showed me that you could and should appreciate things in life. when he and candy went to europe and drove in a citroen and he loved it, he tracked one down and bought it. he relished the hunt for unusual and interesting things - be it art, be it kitchen drawer pulls, be it miniature [we bonded over miniatures!] friberg ceramics he bought on ebay before anyone else did [he got them for $30, $50, $100. now they are several hundreds] . he ALWAYS claimed to know THE BEST place for a sandwich, a suit, tools, for anything - and he'd tell you who talk to when you got there too. and if you mentioned ed when you did actually go there, there'd be a big knowing smile.

he was by no means perfect. i think i could write something just as long about those imperfections. but why. i prefer to remember him this way and to honor and cherish all the love and kindness he showed me.

Deb Cox said…
Dear Lisa, you are so blessed to have found each other in this crazy world of ours. Cherish your memories and hold them in your heart and head forever. Thank you so much for sharing.
Sat Dec 08, 05:16:00 AM PST

Richard said…
Thanks from me,too,for teaching me about some things about Ed which I did not konw. And for reminding me of others which I had forgotten. Some might say that he was 'a mensch:' a warm, kind hearted, and generous person underneath a sometimes crusty exterior. How blessed you, and your husband, were that he was a friend.
Tue Dec 11, 04:13:00 AM PST 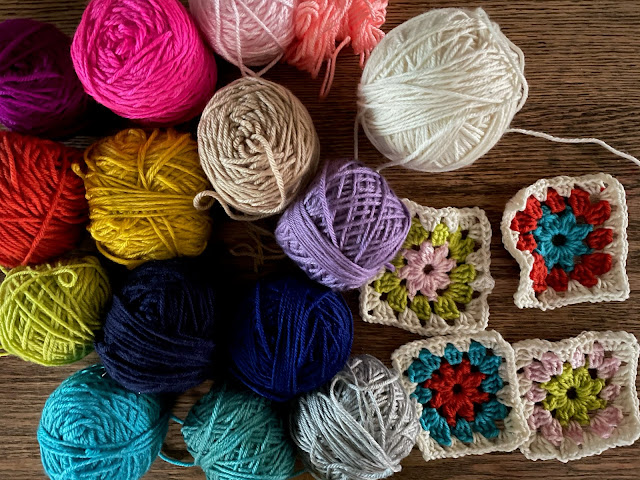 the loss of solitude 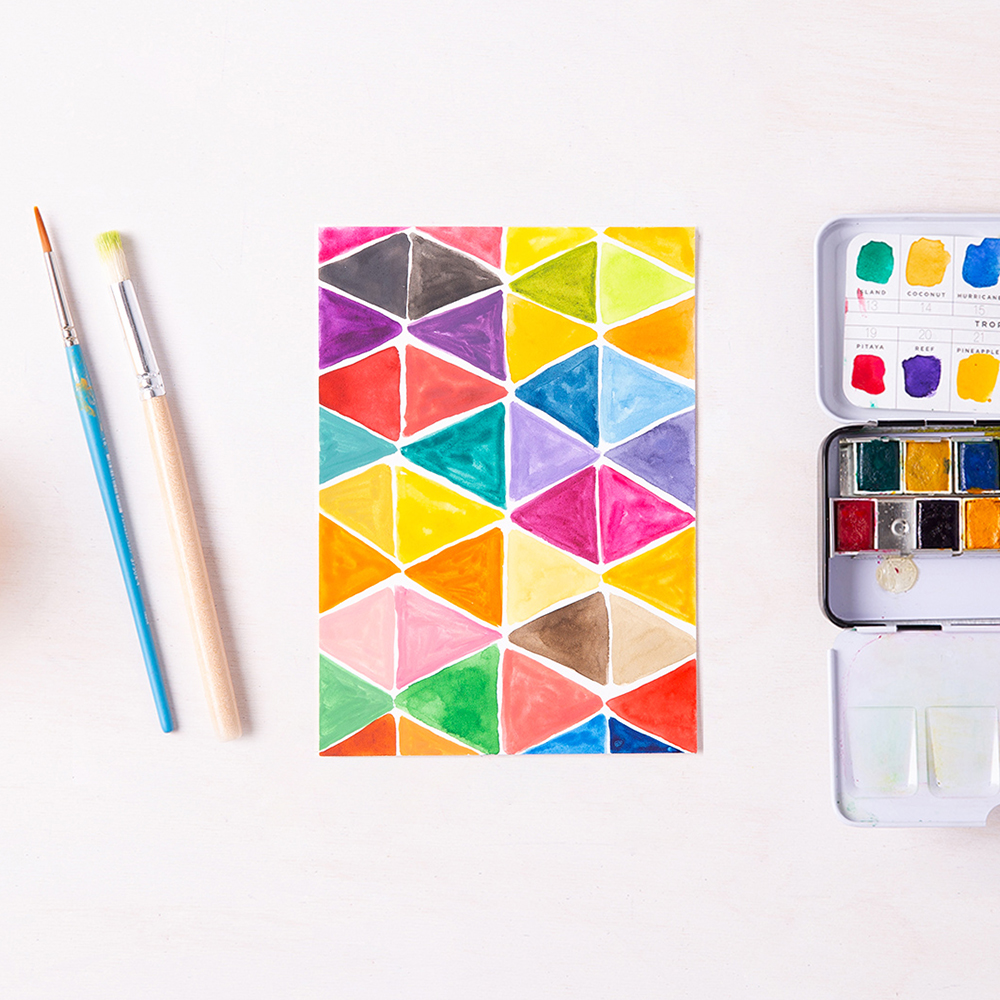 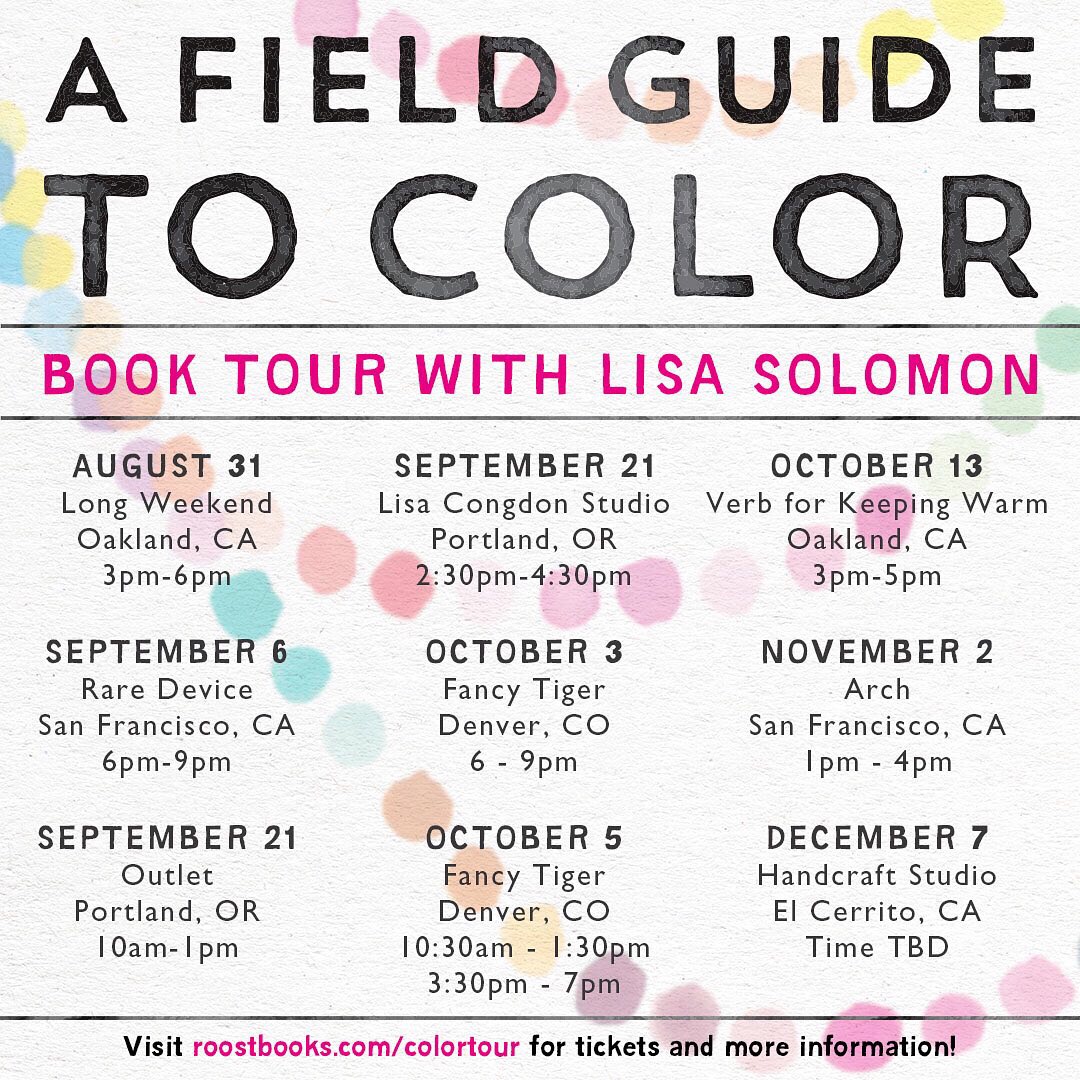 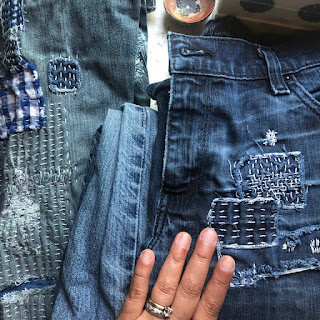 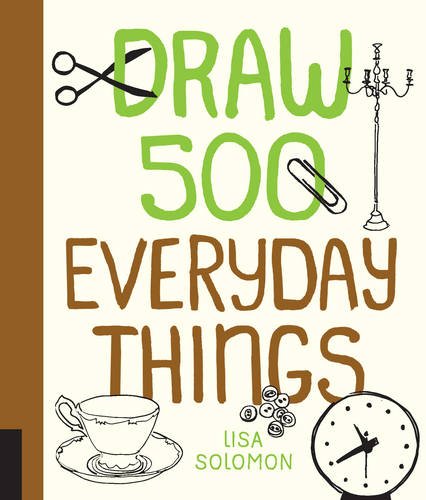 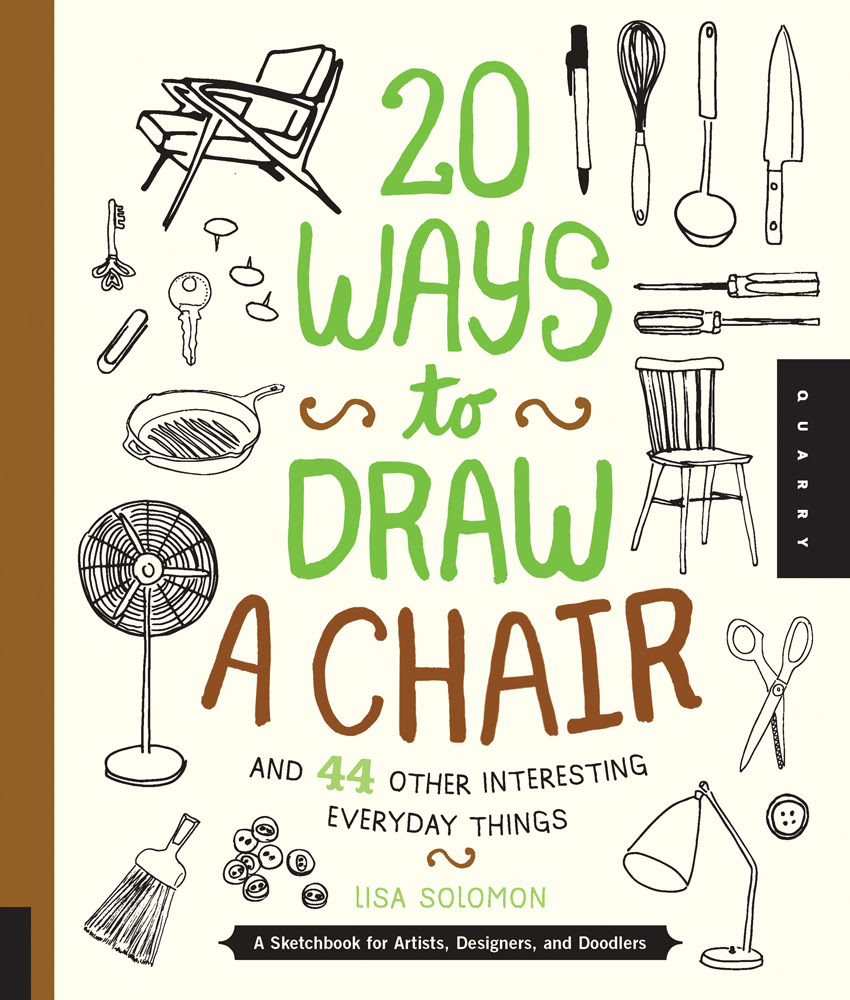 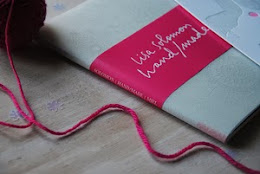 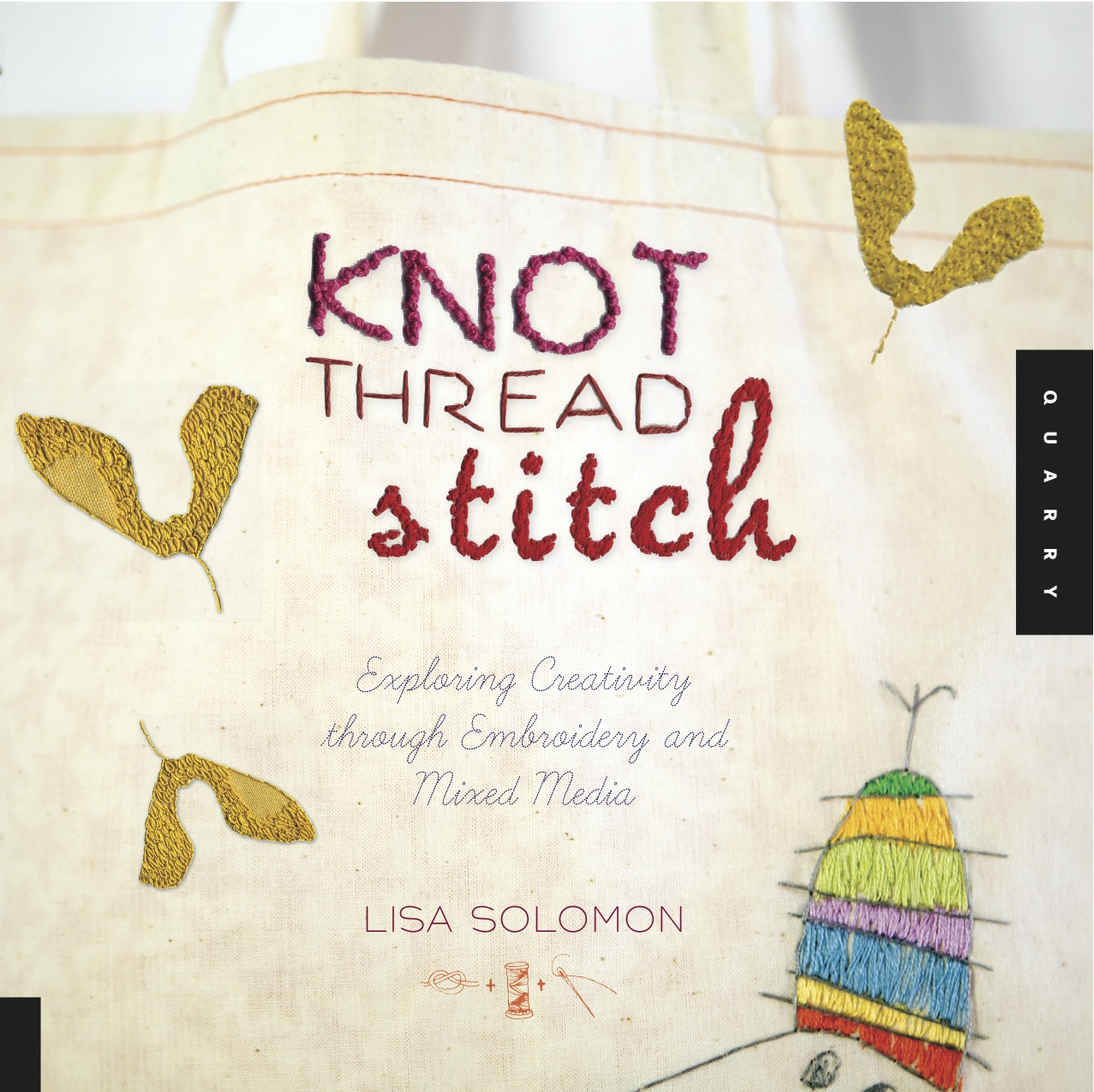